It’s official! Summer has arrived, and we are very busy air conditioning specialists in the Tampa Bay area!

Aside from air conditioning, it is recommended people wear light, loose-fitting clothing to stay cooler in extreme heat. So with that in mind, we’ve decided to lighten- and loosen up our blog this month! Let’s kick back, think cool thoughts, and have some summertime fun reading cool facts, trivia, quips, and quotes about air conditioning.

Having played many roles of scientific intellect I do have an empathy for that world. It’s been hard on me because flying the Enterprise for seven years in Star Trek and sitting in Cerebro in X-men has led people to believe that I know what I’m talking about. But I’m still trying to work out how to operate the air conditioning unit on my car.

A true fascist is anyone who wants to take away my air conditioning or force me to ride a bike.

Owners of valuable works of art don’t give to institutions that don’t provide good air conditioning and have good shows.

I grew up in a courtroom kind of like the one you saw in ‘To Kill a Mockingbird’ – big, big courtroom, sometimes it didn’t even have air conditioning.

Consumers don’t need to be forced to pay billions for so-called smart technology to know how to reduce their utility bills. We know to turn down the heat or air conditioning and shut off the lights.

I love air conditioning and Starbucks.

An old theory holds that air conditioning ruined Congress. Members no longer had to flee the Washington heat to spend the summer back home. The long vacation forced them to bond with their constituents.

Troops fighting for their lives should not have to ask a lawyer sitting in air conditioning 500 miles away for permission to drop a bomb.

A utility can handle up to 20% of production from solar and that helps the grid because it produces electricity when needed. Solar power peaks in the middle of the day and that’s also when air conditioning is running and businesses are operating, so power production matches usage.

Scheduled shipping is one of many inventions that has made New York a global capital of innovation and creativity – from Willis Carrier’s invention of air conditioning in Buffalo and George Eastman’s breakthrough film technology in Rochester to the rise of hip-hop in the South Bronx and the world’s first cell phone call in Midtown Manhattan.

My family lived off the land and summer evening meals featured baked stuffed tomatoes, potato salad, corn on the cob, fresh shelled peas, and homemade ice cream with strawberries from our garden. With no air conditioning in those days, the cool porch was the center of our universe after the scorching days.

When air conditioning, escalators, and advertising appeared, shopping expanded its scale, but also limited its spontaneity. And it became much more predictable, almost scientific. What had once been the most surprising became the most manipulated.

In Mexico, an air conditioner is called a politician because it makes a lot of noise but doesn’t work very well.

Heating, ventilating, and air conditioning (HVAC), are one of the most important components of a home. But homeowners often don’t realize that HVAC is the driving force in delivering comfort and clean air. Now with the 3 C’s of Comfort, consumers have the information they need to prepare their home and their family for a comfortable, healthy, and money-saving (season).

We hope you enjoyed this light summer read! If you or someone you know experiences air conditioning issues this hot summer season, the HVAC specialists at Proficient Air can help.

How can we help? 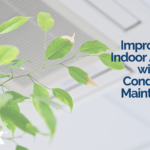 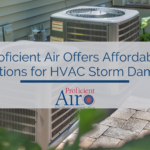